When the time had fully come, God sent his Son, born of a woman, born under law, that we might receive the full rights of sons.
— Galatians 4:4-5
When King Herod had called together all the people's chief priests and teachers of the law, he asked them where the Christ was to be born. "In Bethlehem in Judea," they replied, "for this is what the prophet has written: 'But you, Bethlehem, in the land of Judah, are by no means the least among the rulers of Judah; for out of you will come a ruler who will be the shepherd of my people Israel.'"
— Matthew 2:4-6
The angel said to [Mary], "Do not be afraid, you have found favor with God. You will be with child and give birth to a son, and you are to give him the name Jesus. He will be great and will be called the Son of the Most High. The Lord God will give him the throne of his father David, and he will reign over the house of Jacob forever."
— Luke 1:30-33
And there were shepherds living out in the fields nearby, keeping watch over their flocks at night. An angel of the Lord appeared to them, and the glory of the Lord shone around them, and they were terrified. But the angel said to them, "Do not be afraid. I bring you good news of great joy that will be for all the people. Today in the town of David a Savior has been born to you; he is Christ the Lord."
— Luke 2:8-11
Beyond all question, the mystery of godliness is great: He appeared in a body, was vindicated by the Spirit, was seen by angels, was preached among the nations, was believed on in the world, was taken up in glory.
— 1 Timothy 3:16
For God was pleased to have all his fullness dwell in him, and through him to reconcile to himself all things, whether things on earth or things in heaven, by making peace with his blood, shed on the cross.
— Colossians 1:19-20
In the beginning was the Word, and the Word was with God, and the Word was God.
— John 1:1
The Word became flesh and made his dwelling among us. We have seen his glory, the glory of the One and Only, who came from the Father, full of grace and truth.
— John 1:14
But when the time had fully come, God sent his Son, born of a woman, born under law, to redeem those under law, that we might receive the full rights of sons.
— Galatians 4:4
Jesus answered, "The work of God is this: to believe in the one he has sent."
— John 6:29 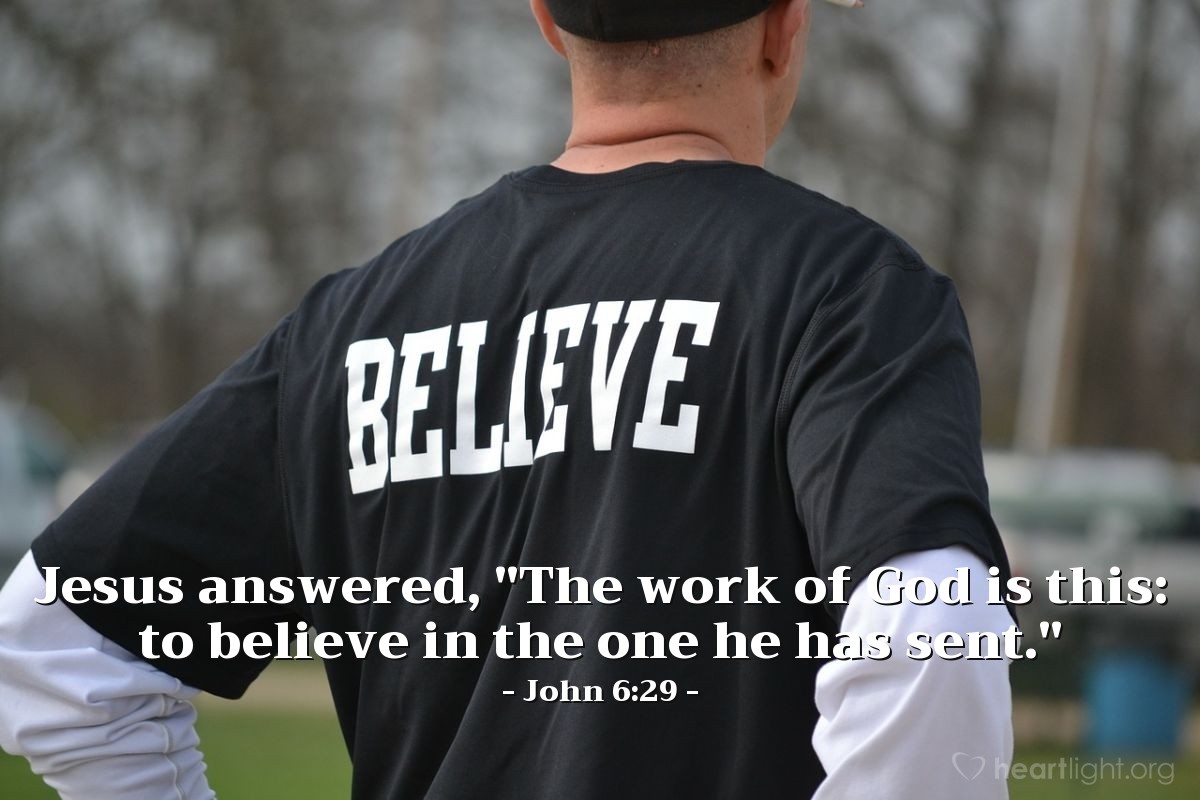 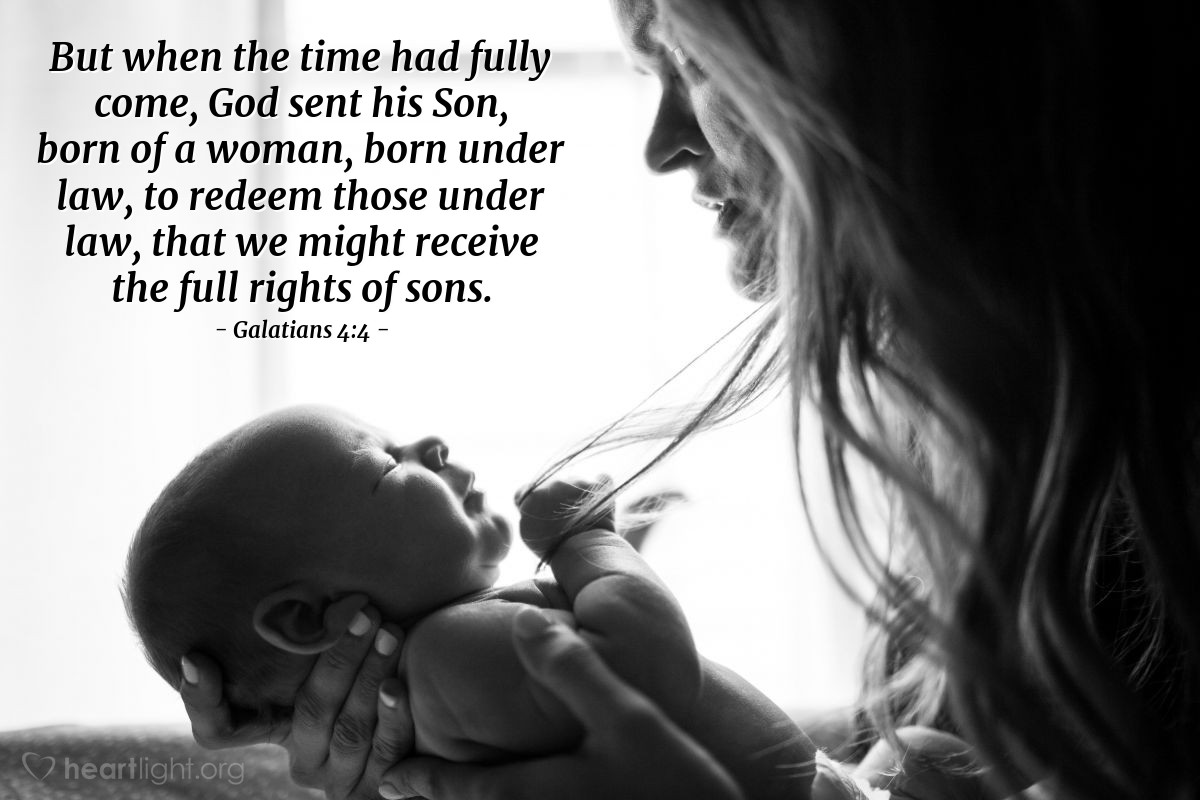 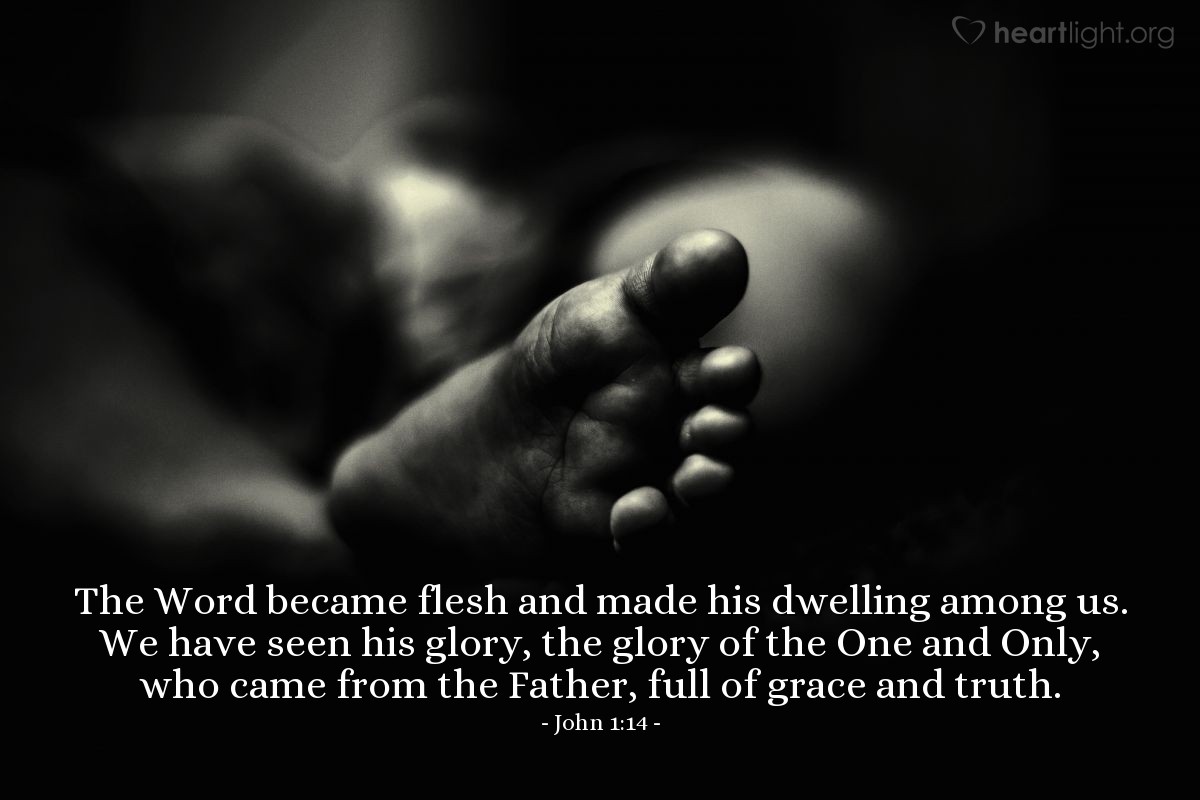 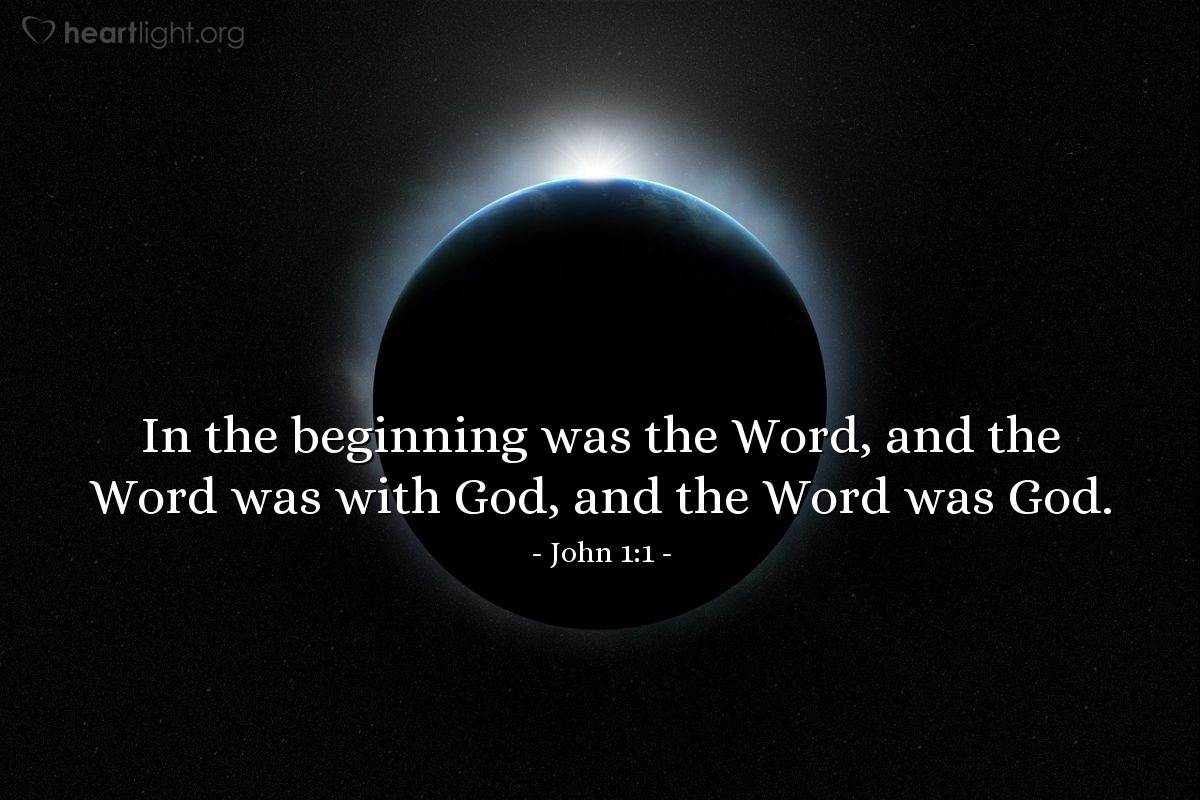 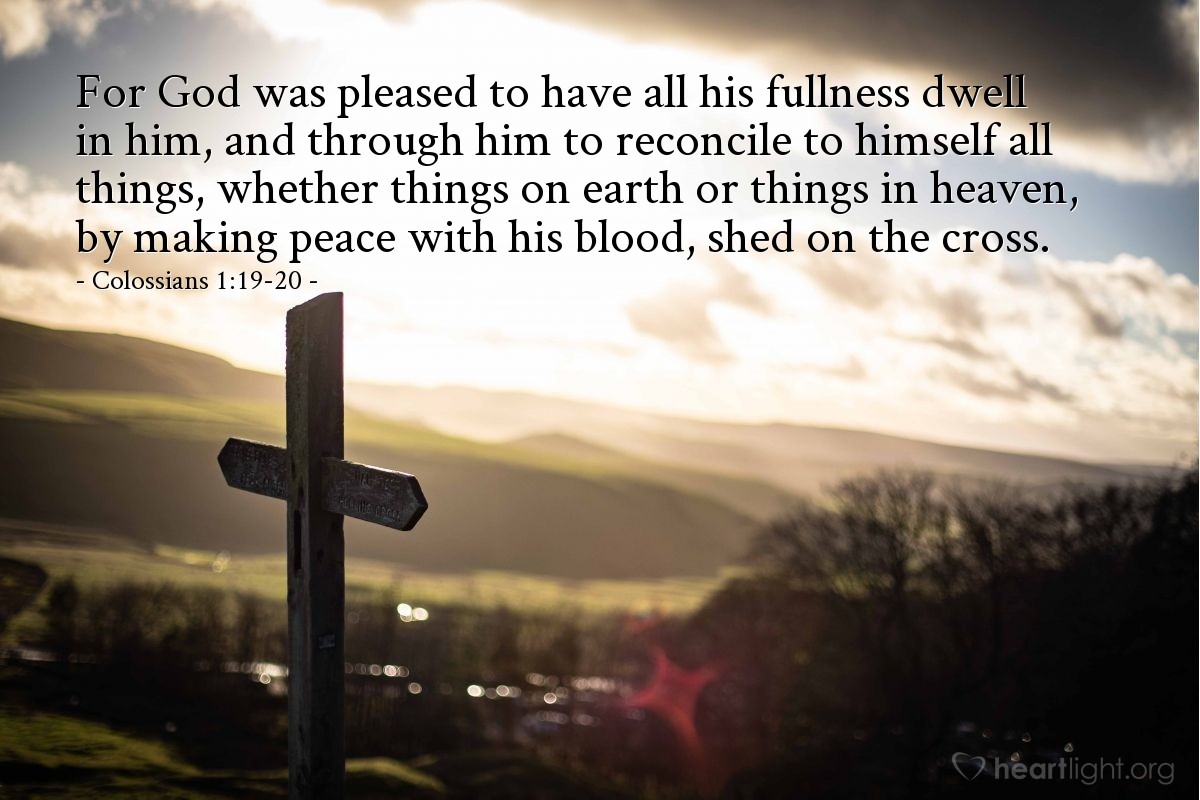 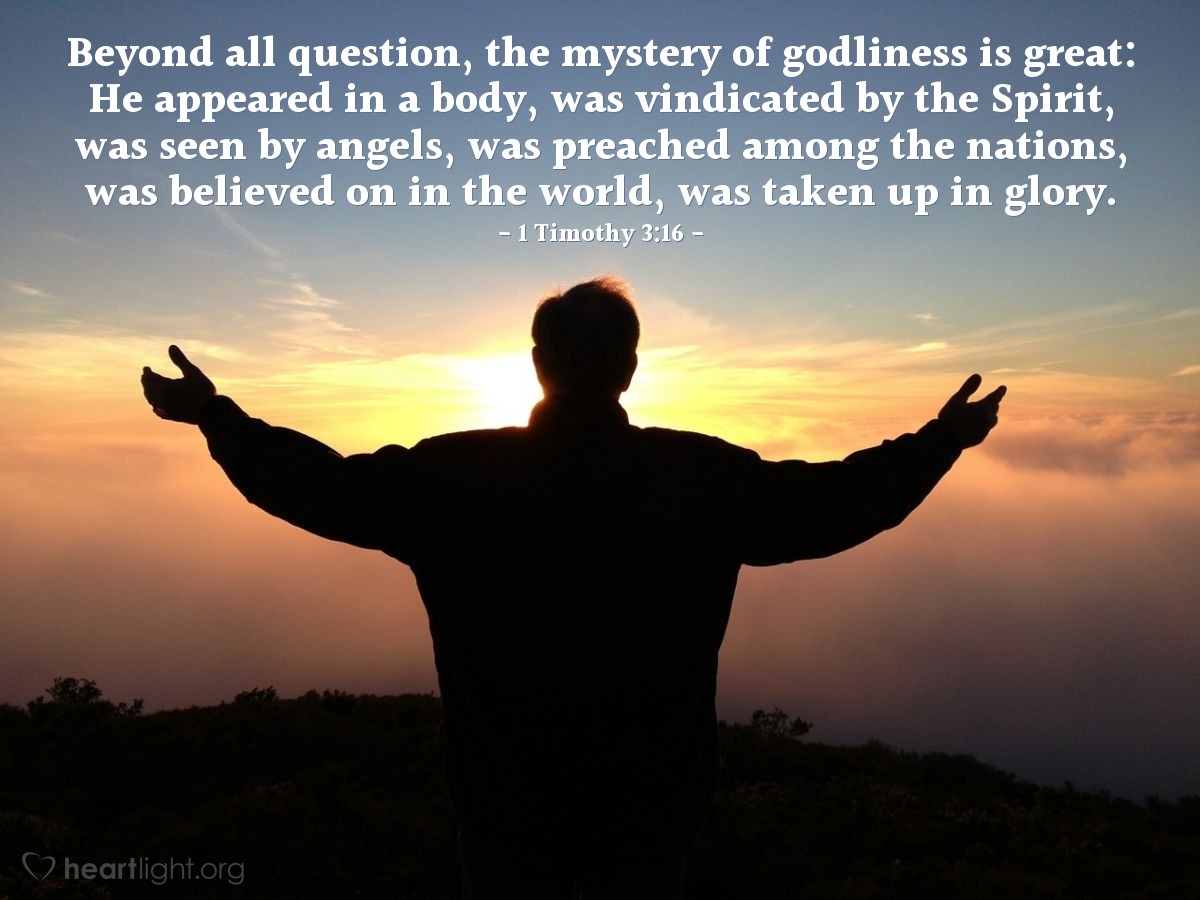 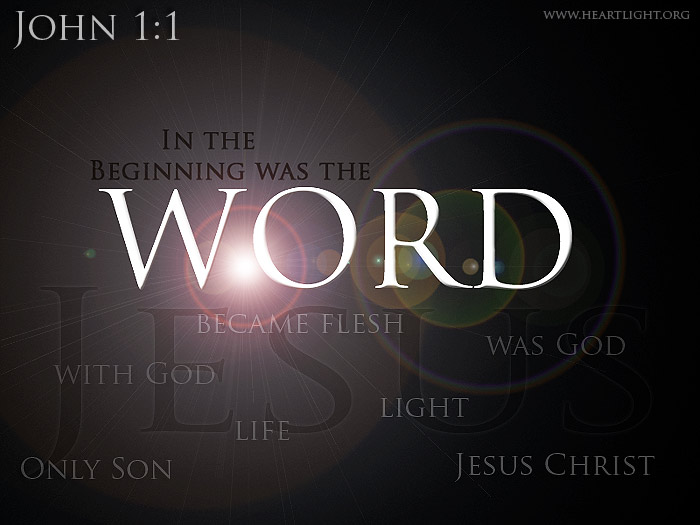 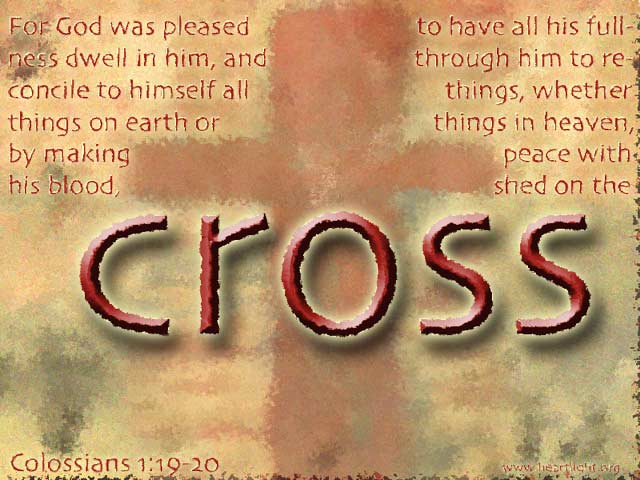 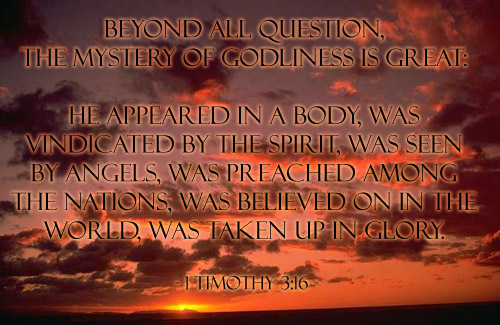 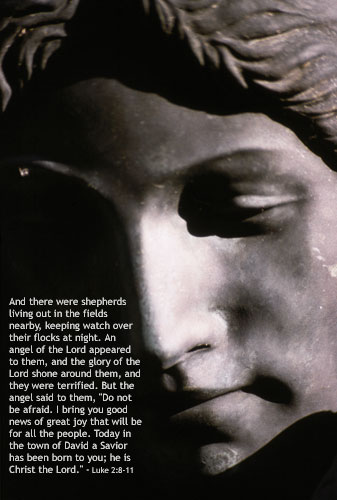 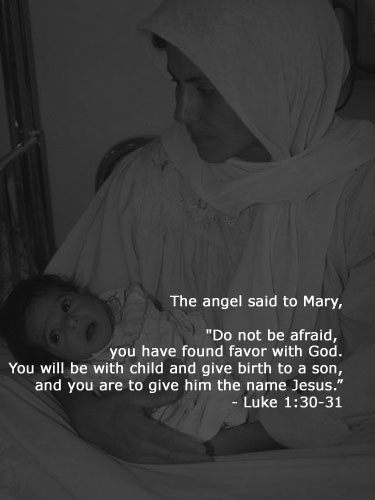 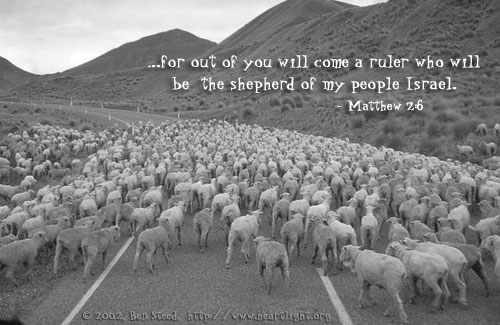 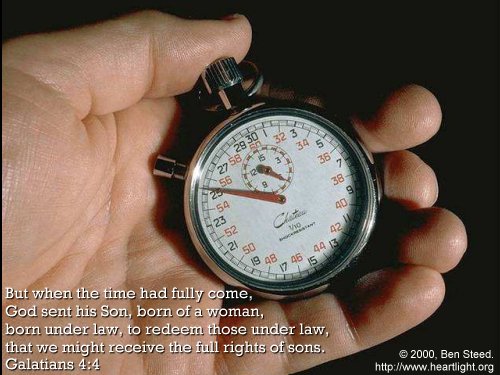 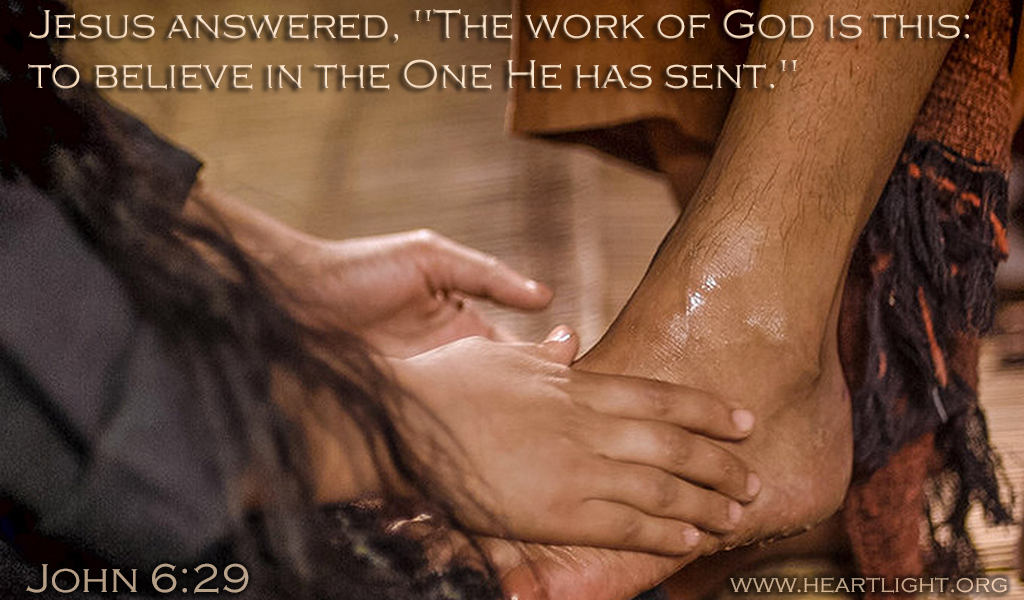